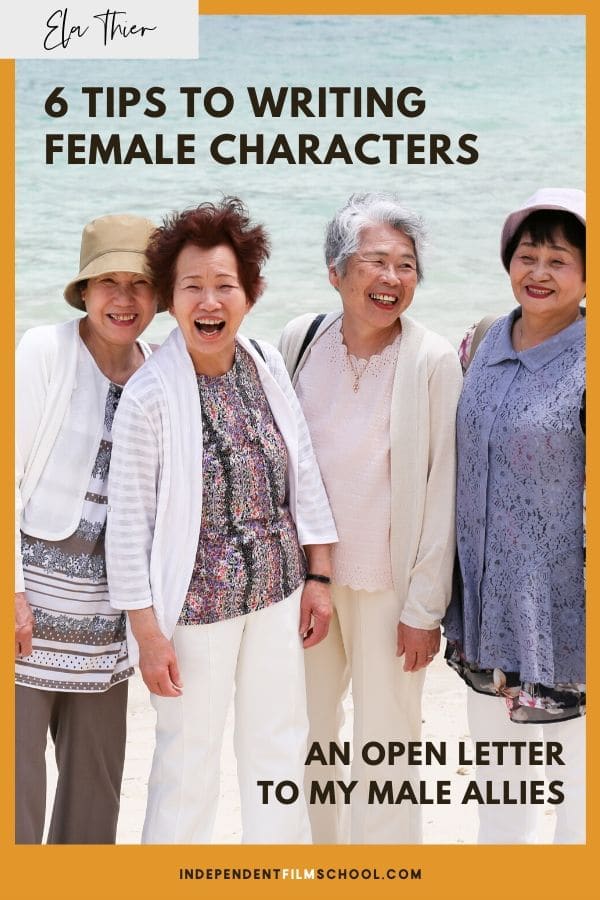 Creating STRONG female characters that defy sexist clichés is one of the easiest ways to write original work!

A talented student of mine was working on a farcical action film. Every one of his characters was distinct and hilarious in his own way – and every one of them was male.

The writer genuinely asked me for help with that. He said that when he writes male characters, he feels free to be creative: the characters are quirky, weird, outrageous, ridiculous, odd-looking. But when he tries to write a female character he runs into one cliché after another. I was moved by the writer’s open admission, and decided to write, in response, a few tips to writing female characters.

Who’s a strong female character that you love? Comment below.

🙏Movies or shows. Let’s share the wealth. Mine is Mary Poppins. Also Pippi Longstockings. And all the characters in Bridesmaids. Share your favorite female characters in the comments below because the rest of us are thirsty for recommendations! Thanks!

Before diving in the tips and tricks to writing female characters that will make your writing sparkle, let’s first warm up with a list of what not to do. These clichés are potholes that most of us fall into occasionally, myself included:

A. The femme fatale vixen type – who you should never trust! (Although sometimes if you have sex with her, that really turns her around and she ends up on your side.)

B. The nurturing motherly type – She devotes her whole life to you, but depending on the genre of your film, she could be annoying and deserving to be the butt of all jokes.

C. The damsel in distress who needs saving – and by saving I mean that you need to kiss her or have sex with her, depending on the rating, but really you having your way with her sexually is for sure the best and only way to help the poor girl out of her shell.

D. The care-free “pixie girl” who rescues the depressed guy – The purpose of her existence in this world is to pop a brooding, lonely guy out of his shit (see video link below)

E. The tight-leather black-belt “liberated” woman with zingy and ironic one-liners, who can knock out twenty large guys by herself, do it on high heels, and her hair and lipstick still look perfect afterwards – sometimes even better.

That last one is particularly annoying because it comes with a shroud of pretense that the “kick-ass” woman is the beacon of liberation to us all because look, women aren’t weak after all!

Beloved male allies: the tight leather lady on heels who kicks ass is nothing more than another boring fantasy that no woman could ever live up to – or should – because real people are way more interesting and complex and exciting than vacant and repetitive fantasies. In other words, whereas women used to have to be perfectly selfless and nurturing while having skin with no pores and body proportions that would keep them from being able to walk, now the criteria to being a desirable female is all that plus a black belt. Boring.

So how do we improve our writing by defying these clichés?

Before I continue, quick word from the sponsors (umm… that’s me). I offer courtesy trainings in screenwriting to my members. Click below to request your free membership. 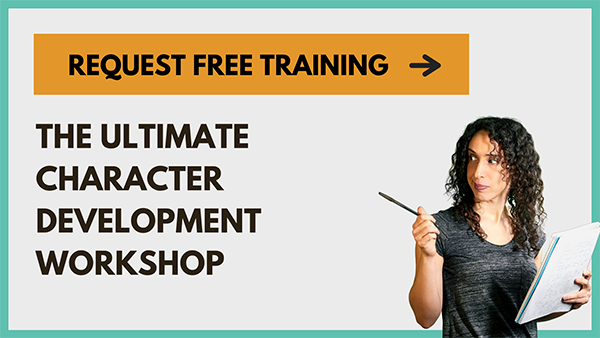 1. Base your female characters on someone you know

The women you actually know aren’t anything like the women in the movies. The writer who spurred me to write this based one of his female characters on his teenage niece and BOOM – out came this totally quirky and unique character.

Your fantasies are boring to everyone else but you. Let’s set them aside for a moment. Who are the women in your life? What if your action hero was based on your mom? Your sister? Your aunt, cousin, next door neighbor. What do these women actually look like, and how funny/poignant/interesting/unexpected would it be to find them in one of your fictional scenarios?

The real women, in your real life, are likely to be a goldmine of yet-untapped source of inspiration, and your writing will be super interesting if you place them in situations where you’d never expect them. You’ll also find that they’re writing themselves; your stories will flow out easily.

2. Give your female character something to want, other than a guy

I tell my writing students this all the time: fleshing out a character doesn’t mean stuffing your script with more details about them. What brings a character to life is a high-stakes want. If the character wants something badly, the stakes are high, and the obstacles are insurmountable, we will be in your character’s shoes and at the edge of our seat.

If your female character doesn’t want anything, all that badly, you’ll be vulnerable to falling into a vortex of sexist clichés.

That said: ask what your female character wants for herself. Avoid wants like: she wants her guy to be happy, or she wants the two men in her life to stop fighting and be friends again.

Your female character can be a minor character in your story. She doesn’t have to occupy the lead to want something. The most interesting minor characters have exciting, unattainable, high-stakes wants.

This will help you steer clear of writing women whose existence is all about serving men. She doesn’t need another woman to talk to about her inner most feelings, the other woman could be the gas station attendant, or the detective, or a competing bounty hunter. But you’d be surprised at how different your writing will be if your female characters talks to another woman (see video on the bechdel test: )

4. Give your strong female character a flaw that has no impact on men (so like, betrayal and nagging aren’t what I’m talking about)

The flaws you see time and again in female characters stem from misogynistic nonsense: we’re either betraying a guy who innocently trusted us, or we’re a nagging and overbearing mother or wife. Most often we’re that super cute thing in the bar who rejects our hapless male hero (waaaaah, so sad).

Turns out we can have other flaws that have nothing to do with how good a job we’re doing at being nurturing mothers or sex toys. You could make your writing fresh by giving your female characters the same flaws that you yourself struggle with: she’s insecure; she’s feeling guilty; she’s too shy to talk to people; she’s feeling hopeless and discouraged; she isolates herself; she’s mistrusting and doesn’t want to work with other people; she’s a jobless slob; she doesn’t believe in herself, etc. What are the issues that you’re dealing with yourself?

Your female characters are the same as all your characters, because when they’re well written, they too are a reflection of your own personality.

Within sexist fantasies, women are plastic objects. We don’t sweat, burp, get paper cuts, and our make-up helps us keep that fresh-from-the-factory look even as we roll out of bed in the morning.

What if your female character has something stuck in her teeth that she tries to get at during dinner, or her stomach hurts (gas! can’t go wrong with gas!) Or what if she’s sweaty ‘cause she’s super nervous, or she’s shaking with fear as she acts with courage?

6. Turn your male character into a woman

This one is my favorite. Actress Olivia Wilde gave a talk recently where she described a reading she did of “American Pie” where the women played the roles written for men, and vice-versa. She says:   “The men who joined us to sit on stage started squirming rather uncomfortably and got really bored because they weren’t used to being the supporting cast …It was fascinating to feel their discomfort [and] to discuss it with them afterwards, when they said, ‘It’s boring to play the girl role!’ And I said, ‘Yeah. Yeah. You think?! Welcome to our world!” Meanwhile, the audience was just as entertained.

Look at the males that you wrote, and randomly turn one or more of them into a woman, keeping them exactly as you wrote them. It’s a very fun exercise, and it’s amazing what it’ll do to your script.

Salt (Angelina Jolie), Alien (Sigourney Weaver), Identity Theft (Melissa McCarthy), were lead roles written for men. The women who brilliantly played these roles made them their own.

You and every woman you know, are basically the same. You’re scared of rejection; you’re starved for approval; you’re starved for human connection and for physical affection; you’ve been made to feel totally insecure and deficient; you try to keep the farting to the privacy of your home. Your female characters – they’re in that same boat.

Who is your favorite female character? Leave a comment below to let me and the rest of us know 🙂

And if interested, check out my free training for screenwriters on character development.

* Pictured above: Melissa McCarthy in Identity Theft, playing a starring role that was originally written for a man.

LINKS:
The Bechdel Test for Women in Movies:
http://www.youtube.com/watch?v=bLF6sAAMb4s

25 thoughts on “6 Tips to Writing Strong Female Characters that Actually Rock: an open letter to my male allies”