My pick of top three movies of 2019 tackle greed, racism, cruelty, divorce, and let’s throw in the holocaust while we’re at it. So why do they uplift?

Because that’s not what these films are really about. They’re really about courage, integrity, justice, love, and a Nazi boy’s journey to find his humanity.

I can’t say this enough times: the darker the subject, the more important it becomes that you offer the contradiction to it.

The film Precious is not about incest and abuse. It’s a film about a young woman’s fight for unconditional self-love – a fight to know she’s indeed precious. The Deer Hunter is not about the Vietnam War and cruelty. It’s about an unrelenting friend who won’t give up on a friend in trouble.

Once you realize that this is what people look for in stories, your career will change.

Once I stopped writing stories about women being victimized, and instead wrote funny, joyful stories about women acting powerfully, becoming connected to each other, and enlisting male allies – everything changed. Suddenly I was able to garner support and enthusiasm for my work: whether it was industry peeps, crowdfunding campaigns, or hustling to put a crew together when I had no budget for it. People took interest.

Films about joy, hope, courage and human connection garner interest. And rightly so. Those are the films that shape society.

With that in mind:

You have my NO PLOT SPOILERS guarantee.

I’m going backwards chronologically in the order that saw these. 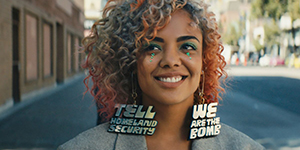 SORRY TO BOTHER YOU

I’m indeed sorry to bother you my friend, with a 2018 movie, but this one is timeless, so I have to list it here just in case you missed it last year.

Imagine the movie Clerks was a scathing critique of capitalism and racism that then turns into some surreal fantasy film. You’d see it, no? I did.

If you’re a white person, like me, this movie will make you squirm in all the right places. Appropriately. It’s unabashed, all out, no-holds-barred kind of film.

Love love love this film. A must watch.

I should add that there’s only one female character (among numerous men). The filmmaker gives her intelligence and strength of character, which I appreciated, but she’s definitely objectified. I lost count of how many times we saw her in thongs, but the count doesn’t matter since one is one too many.

The film opens with the guy waking up his girlfriend because he’s feeling kinda’ down. Somehow, she’s happy to be woken up to focus on his feelings, instantly turns herself into a beam of hope, and covers him with kisses and encouraging words. I was like: really? Get your beauty sleep girl, and tell this guy to go sleep in the car. (Can you imagine a scene where a woman feels down so she wakes up her boyfriend and he happily lavishes her with hope and encouraging words while she indulges in staying depressed? Get me some of that!)

I do think that our society throws men of color under the bus by branding them as “more sexist,” so let’s not go down that road. All men have been conditioned to view women this way – the pretty thing that shines with hope and here to make you feel better. So for men’s sake, as well as ours, we need to get practiced at calling it out when we see it.

Speaking of white men and their sexism, my next pick: 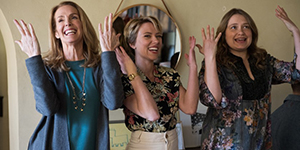 Netflix, with its infinite money, did market this movie down my throat till I gave in and watched it.

I’m not generally inspired by movies about white, middle class people and our self-absorbed angst and homogeneous social circles.

But. This one got me.

The movie grabbed my heart, tore it out of my body, threw it on the floor and then did it again a few times. Eeeesh. If you’re hungry to feel things, this movie feels things. The performances take the word “performance” to new heights.

I also realized as I watched it that I’ve never actually seen a movie about a divorce – like one that gives you a real life look at what divorce is actually looks like. I’ve heard on occasion that it’s one of the most painful experiences in life, so this felt like a dose of education on that front. Never seen a movie like this one.

The most realistic aspect of the film and what was so damn painful about it is that it’s a film about love. And lastly:

The filmmaker might be not aware of it, but this is a movie about what sexism does to relationships.

In this film, the guy’s sexism ruins his marriage. And the wife’s internalized sexism ruins it as well: That thing we do as women where we seethe with resentment at our man but never actually fight for ourselves. (I do it daily. Maybe tomorrow it’ll finally work…? Fingers crossed!)

The film is so powerful because you like both characters, you like their relationship, and at the same time – just how shitty we can be to each other is in full view. And it does this without putting blame on anyone.

If you watch it with the understanding that it’s a story about what sexism does to relationships, it’ll be educational in addition to being heart-wrenchingly satisfying.

All thumbs up to this movie. (And all thumbs down to sexism!) 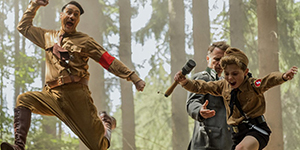 A young Nazi boy during WWII and his imaginary best friend: Hitler.

This one goes down as one of my favorite movies of all time.

I’m a daughter of a holocaust survivor, so that’s probably a factor. And I’m married to a very “Jewy” husband who’s obsessed with WWII. (We all have our hobbies…) In our home, holocaust jokes get us through the day. So when we saw the trailer, we went to see this movie thinking we’d be charmed.

We were not charmed.

My husband and I like very different movies but this one brought us together. We walked out in agreement that it’s one of our favorite movies of all time.

I had seen it in the theater twice now. Second time I watched it was with a group of non-Jewish friends. The one sitting next to me was belly-laughing through most of it, and by the end of the film she was weeping. She was still weeping in the restrooms when the film was over.

If you’re a Jew, or if you like Jews, or if there’s a Jew you like, or if you’re human – this movie is a must see.

* All three films listed above fail the Bechdel test, and the Bechdel test is easy to pass (you’d think). It goes like this: Do two female characters that have names talk to each other for more than 10 seconds about something other than a man – anywhere in the film.

Very few films pass this test. Not sure I’ve seen even one since Hidden Figures.

2019 films that I haven’t seen yet and plan to because they’re likely to pass this test: Harriet, Little Women, and Bombshell.

What are your fav’s from 2019? Comment below and let me know!